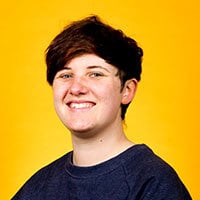 You should always make your podcast about something you have a keen interest in, both for your own and your audience's enjoyment. But it can be daunting to start a podcast without knowing whether anyone will actually listen to it or not. This is why we’re going to give you some tips on how to supercharge your podcast so you can grow your audience.

Discover industry-leading secrets and shortcuts to start a podcast FAST, with minimal fuss and no technical headaches. Download the FREE podcast blueprint to help you create a top-ranked podcast.

On our course Great Radio Presenter, hosted by industry expert Kate Cocker, she mentions a method for generating content for radio presenters to talk about in links called the mad man.

Get a piece of paper and a pen, then take 1 or 2 minutes to frantically write down everything that comes to mind when you think about the topic you are focusing your podcast on, even if it seems silly at the time. Then pick a few of those things you’ve written to make episodes from.

The first step would be to ask around your intended target audience. See if they would be interested in a podcast on that topic. Would they listen to it? What kinds of things would they like to hear?

Through doing this, you can get a really clear picture of what your audience would enjoy listening to which you can use to influence what content you create and put out. So for example, if the majority of your audience says they’d really like to hear a game show podcast about Marvel or DC, it may not be a wise decision to then create a show giving news style updates on the latest movies. Listening to your audience is one of the most important things you can do.

Check Out the Market

Another important step is checking out the already existing podcasts focused on your chosen topic of interest. This is because you will need to see if anyone has already created a podcast like the one you have in mind. If they have, try to think of a way to make yours different so it stands out against the similar ones. If nobody has made anything like what you have in mind, perhaps take a step back and question why.

Put Your Ideas into Action

A lot of companies creating new products tend to create a budget version of the full product and release that to test how popular it would be as a full product. This is called a ‘Minimum Viable Product’, or an ‘MVP’. Try recording a pilot episode on whatever microphone you have lying around, even a phone, edit that but don’t worry about making it absolutely pristine.

Pioneer Places, a new show about the history of Rochdale, UK, tested their first episode with a bunch of different ideas to see what works and what doesn't.

As long as the content is fantastic as it would be in a fully produced episode, then it’ll work just fine. Release that into the world on a Facebook page or into online communities about your podcast's topic and see how it goes, just don't forget to supercharge your podcast!

Supercharge Your Podcast with the Blueprint

Discover industry-leading secrets and shortcuts to start a podcast FAST, with minimal fuss and no technical headaches. Download the FREE podcast blueprint to help you create a top-ranked podcast.

How to Find Podcast Sponsors

Turn your hobby or business outreach into a profitable source of income. Find podcast sponsors...

How to Write a Podcast Script

Produce the best content possible by scripting out your shows following these essential tips on...

In search of new interesting shows to listen to on your way to work or...