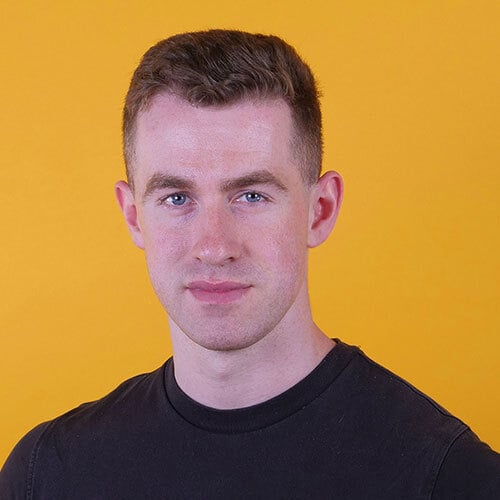 A quick look at any podcast directory provides concrete proof that successful shows come in a wide variety of lengths and styles.

For example, the hugely popular Joe Rogan Experience routinely publishes episodes that breeze past the three hour mark. On the other hand, Book Of The Future hosted by Tom Cheesewright has found plenty of listeners who enjoy tuning in for more bitesize content. Clearly, there are no hard and fast rules when it comes to podcast length.

But with that said, in recent years there’s been an interesting trend emerging: podcasts are getting shorter. More and more podcasters are opting to go with shorter-form content when launching a new show.

So before you go full steam ahead with plans for five hour marathon episodes, lets take a step back and explore what’s pushing back the clock on average podcast lengths.

Plan Your Podcast The Right Way

Want to know how to put together a fantastic podcast? Produce the best content possible by scripting your show using our step-by-step template.

The Numbers Show Podcasts Are Getting Shorter

According to an analysis of more than 10 million podcast episodes the median podcast duration was found to be 38 minutes and 42 seconds. In other words, half of all podcasts are longer than this, and the other half are shorter.

Interesting insights were revealed when average podcast length was plotted over time. From 2005 to 2014, average episode length slowly crept up. It then levelled off until 2017, but over the past two years it’s been on a slight downward trend.

So why is it that podcasts are getting shorter? Well, there are 3 key factors likely to be at play:

Competition Is Heating up 🔥

With the podcasting boom well and truly underway, hundreds of new podcasts are popping up each and every week. That’s an awful lot of audio vying for a finite number of ears. With listeners now spoilt for choice, they’re becoming increasingly selective about which new podcasts they’re willing to take a chance on. After all, it usually takes a significant investment of time and attention to get to grips with a new show.

Let's imagine you’re a listener on the hunt for a new podcast. After a bit of Googling and some time spent scrolling through directories, you narrow your choices down to two contenders. Both offer similar content and sound promising. But one has an average episode length of 2 hours, while the other clocks in neatly at 25 minutes per episode. Which one are you going to go with?

Our money is on the shorter one. You could get through four episodes of it in the time it’d take you to listen to just one of the longer episodes! More often than not, when presented with a choice between two similar podcasts, listeners are going for the shorter option. Publishers are now catching on to this which is one major reason why podcasts are getting shorter.

Those who got into podcasting before the boom could afford to keep production costs very low if they wanted to. They could get by with rough-and-ready production and audio quality because early podcast adopters were still willing to tune in.

But as lots more highly produced shows and celebrity voices have entered the market, it’s changed what listeners have come to expect. Slapdash production and crackling audio now stick out like a sore thumb. Today, very few podcast listeners are willing to tolerate poor production quality. So podcasters have had to collectively raise their game.

But it’s no secret that great production costs money. Compared to 5 years ago, it’s highly likely the cost per minute associated with making a new successful show has increased significantly. For those operating on a budget, this has created a preference for shorter episode lengths.

A report from the Interactive Advertising Bureau (IAB) and PwC estimated the podcasting industry is expected to produce more than $1 billion in ad revenue by 2021. So it’s no surprise most publishers are doing what they can to try and get a bigger slice of the pie. And that often means creating shorter episodes.

The logic here is straightforward. As long as listener numbers remain consistent, publishers of popular podcasts can make more ad revenue by releasing greater numbers of shorter episodes. As audiences grow and more money flows into the industry, we’ll likely see a big spike in the number of podcasts occupying the sub 30 minute category.

How Long Should My Episodes Be?

Most successful longer podcasts (>1hr) out there today have been around for a long time. They’ve had to work hard for years to earn a regular place in their listeners' lives.

So if you’re just getting started with a brand new podcast, it’s usually best to remain humble and not demand huge chunks of your listeners’ time right out of the gate. That way, they’ll be more likely to give you a try.

Focus your attention on quality, not quantity. Great production and carefully crafted content that resonates with listeners are the real keys to success.

If your listeners do want longer episodes, they’ll let you know in their feedback. You can then gradually extend your episode length over time based on listener demand. Never forget, always leave them wanting more!

For our full, comprehensive guide on how to start a podcast, click here.

Plan Your Podcast The Right Way

Want to know how to put together a fantastic podcast? Produce the best content possible by scripting your show using our step-by-step template.

How to Write a Podcast Script

Produce the best content possible by scripting out your shows following these essential tips on...

Create the perfect podcast content cocktail mix for your shows... shaken, not stirred 🍸...

Turn Your Podcast Into a Sponsor Magnet

Attract the right type of people to your shows. Turn your podcast into a sponsor...